A draft from finals season exactly four months ago:
Today I spent nine hours in one booth at Beanster's Cafe. During those nine hours, I completely re-coded my web application final project, saw the same error message on that web application at least forty times, ate cereal mixed with almond butter out of plastic bag for dinner, sent a desperate and pathetic email to my Graduate Student Instructor for help on my project, and watched a mouse run back and forth across the cafe. The Michigan Difference!! Go Blue Forever!! 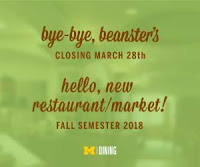 I have a hard time sitting still for an hour long class discussion, so nine hours in Beanster's (RIP in peace to Beansters btw) was borderline self-sabotage. Finals season in and of itself is just a collection of recipes for self-sabotage. Closing time is 6pm and we are freed from the grips of the Michigan League and released out onto snowy North University. It tastes like liberty as I munch on a freshly formed snowball and head home. The crows fill the trees and my friend Anna and I mutter fears about the flock of them pooping on us. Well, you may be ahead of me, here. It was four drops, and I'll never ever forget that feeling. "Is it white?" I ask Anna, and in hindsight, I wonder what crazy person would ever ask someone to describe the bird poop crusting in their hair. It was the icing on the cake that was a miserable college day, and instead of finishing my web application, I sit here, living to tell the tale. Two showers in one day is how the royals live, I think, and I treated myself to it today. Adulting means thinking about the water bill going up because of an extra shower right after you get pooped on.

As I look back on this experience from exactly a semester ago, it is natural to conclude that finals season blows and bad things will always happen to good people. It's currently snowing in the middle of April and I have more final projects and exams and papers than there are hours in a day to procrastinate those things. In an effort to feel productive, let's consider the "do's and dont's" of the semester if you're here for advice on web applications, or life, or making stupid last minute decisions to change a V important project.

Do: Consider studying for stuff early on. Just give it a little thought if anything. Then inevitably forget about it until the end of the semester.
Don't: Wait until the day before it's due to email for help.
Do: Know how to use JSON, Flask, and API's (W3Schools and StackOverflow are a coder's lifesavers and are probably used in some obscure way as online dating sites for CS majors).
Don't: "Just wing it." Been there, done that, didn't go well. Will certainly keep ya on your toes, though.
Do: Keep your hood up when you're walking under hundreds of relentless disgusting birds.
Don't: Keep it to yourself when you're considering overhauling the V important project. Someone's gotta be on that ship with you when it goes down.
Do: Remember that your grades don't define you. Remind yourself of this every time you get a freaking error message.

Here's a link to my github for those of you who made it this far because you're probably the only ones that are interested in coding and know what a github is. There are various projects, some finished and some horribly strewn across a Sublime text page (shoutout to my first python attempts, but also some very recent, very sad projects). I'm working on getting more of my web apps onto Heroku, but it takes about as long as cooking chili to deploy to the internet. (Recipe will go up when I finish the chili and decide if it's worth sharing or not).

Stay cool, even when it's thunder-snowing in April and you get pooped on.

All my best and then some,
Dem

Popular posts from this blog 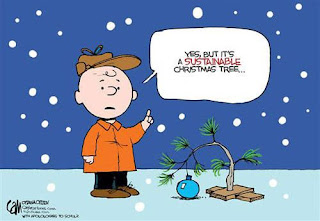 Are you there, internet? It’s me, Demery!

What’s it been…40…50 years? I can understand why you didn’t recognize me. I cut off a chunk of my hair, so maybe it’s that. I got a new job, and then quickly moved to another new job, so maybe my business casual vibe threw ya off. Maybe it’s just the “employed” look in general. Do I seem more sophisticated and less desperate than my grunge, begging-for-a-job style of early 2019? I can tell ya I certainly don’t alwaysfeelmore sophisticated.

Well, internet it is good as heck to see ya. Sorry for the morbid blog title but I wanted to chat with you about a few important things, excluding Justin Timberlake this time (sorry). In no particular order of importance, those things are: Christmas, Christmas shopping, avoiding capitalistic/unsustainable tendencies while also buying some sick gifts for those loved ones (or obligatory ones) on your list, and taking another shot at pitching my personal Christmas playlist.

I won't bore you with the origin…
Read more

I Have Failed as a Vegetarian So You Don't Have To

It's the 30 day trials that really get ya hooked. Take Spotify Premium for example. A 30 day free trial shows you what life could be like without the same annoying commercials, being able to download your music, and so much more (#NotSponsored). After thirty days of having this huge life advantage over all the commercial-listening peasants, there's no going back. In the same way that joining Spotify Premium was an important and life-altering lifestyle change for me, trying out vegetarianism was just as important (and way easier than paying a whopping $4.99 a month for premium!). I gave it a shot for thirty days. But when you add a few grueling vegetarian documentaries, late night research, and an apartment full of vegetarians, a month long trial run of not eating meat turns into that big lifestyle change. Now I'm one of those annoying hippies that I used to make fun of as I bit into a b…
Read more 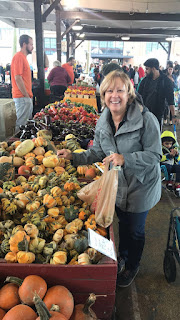 I am more passionate about this than caps lock and any number of exclamation marks can convey. There are so many important reasons why you should get comfortable and well-acquainted with your local farmer's market, and more specifically, the farmers themselves. They are absolutely incredible people doing incredible things and no amount of love for Kroger and Whole Foods and other grocery stores (which I have a lot of love for) can change how important buying local is. I'm also not about to sit here and pretend to be an expert on this topic, because this is something I've only learned about within the last couple years. My knowledge is changing and growing daily and gosh, is it exciting!! And as an aspiring user experience designer and urban planner wrapped up into one person, I can't help but see the Farmer's Market as an incredibly designed community user experience.

A trip down Memory Lane: My first ever trip to my now m…
Read more

You Can Also See Me On: